Lucid Lynx to help enterprises move into the cloud

The wraps are coming off the latest version of Ubuntu with creator, Mark Shuttleworth, announcing the name of the next release, Lucid Lynx.

Speaking via video to UbuCon in Atlanta, Shuttleworth said Ubuntu 10.04, which will the supersede 9.04 release, would be a long-term support (LTS) release with support for the desktop for 3 years and for the server for 5 years.

"It has been a very big year in the Ubuntu community and probably the biggest thing for us is the focus that is now starting to come to bear on our next release", he said. "It will effectively be the third LTS release in a row delivered on a two-year cadence."

Shuttleworth said it was testament to the open source community that the Ubuntu project was not only able to release the product on on a six-month cadence, but on a two-year major platform cycle for large organisations that need long term support and predictability for organisational planning.

Lucid Lynx will continue the close relationship with the Debian architecture and infrastructure, he said.

"We have had the opportunity to do some good behind the scenes support with Debian, which is the most important distribution to us. I hope over time that we can broaden that and elevate the art of free software."

The Lucid Lynx name is designed to bring together the aspirational characteristics of Ubuntu – Lucid for clarity and focus, and Lynx as a "thoughtful and considered predator".

On the desktop side, 10.04 will focus on delivering the best of GNOME 2.0. Subsequent releases will focus on the new technologies, architectures and experiences being developed as part of GNOME 3.0.

"On the server side, we’ll be taking the large scale, horizontal scalability, volume deployment, heritage of Debian and really try to push that into cloud computing," Shuttleworth said. "Making sure that 10.04 is a platform for anybody who is building a large scale infrastructure - for anybody who is trying to build the next Facebook, the next Google, the next eBay. Whether you want to start on (Amazon) EC2 and migrate to the managed cloud, Ubuntu 10.0.4 is going to be the platform."

Posted by Vinoth Kumar at 6:07 PM No comments:

The A-Z of Programming Languages: Groovy

Groovy project manager Guillaume Laforge says the Groovy programming language was designed to make life simpler for developers through its seamless integration with the underlying Java platform. "There's really no impedance mismatch between Groovy and Java," he says. "That's why lots of projects integrate Groovy, or why companies adopt the [Groovy on Rails (Grails)] Web framework." Laforge says that Groovy finds frequent use as a superglue for tying together various application elements, and he points out that Groovy is often the preferred language when developers must integrate and employ an additional language in their applications. Laforge says that Grails offers an advanced integration of the best-of-breed open source software components to provide a pleasant experience for developers while also addressing various other aspects such as the project build, the persistence, a rich view layer, and an extensible plug-in system. Laforge says Groovy's support for closures is his favorite feature. "With closures, you can start thinking differently about how you solve your everyday problems, or create complex algorithms," he says. "Closures give you an additional layer of abstraction for encapsulating code and behavior, and even data [thanks to Groovy builders]. Also, with various helper methods added to Java collections, in combination with closures, you've got the power of functional languages at your disposal."

To View This Full Article
http://www.computerworld.com.au/article/318392/-z_programming_languages_groovy?fp=4194304&fpid=1

Posted by Vinoth Kumar at 6:01 PM No comments:

The Obama administration has introduced a cloud computing policy that aims to lower infrastructure costs and reduce the environmental impact of government computing. Federal CIO Vivek Kundra says the plan is the administration's first formal effort to launch a broad system designed to leverage existing infrastructure and cut federal spending on information technology, particularly expensive data centers. Kundra says the government has built numerous, redundant data centers, which has resulted in a doubling of federal energy consumption between 2000 and 2006. Some aspects of the cloud computing policy already have been released, such as the new Apps.gov Web site, which is a clearinghouse of business, social media, productivity applications, and cloud IT services. The administration hopes the site will become a one-stop shop for many services that previously required extensive IT spending. The second phase will involve budget reform. For fiscal year 2010, the administration will be pushing cloud computing projects in the hope that many lightweight workflows can be moved into the cloud, and in fiscal 2011 the administration will be issuing guidance to agencies. The final phase will include policy planning and architecture that will involve centralized certifications, target architecture, and security, privacy, and procurement concerns. Kundra says the ultimate goal is to make it easy for agencies to procure the applications they need and to avoid having the government pay to build infrastructure that may be available for free.

Posted by Vinoth Kumar at 5:48 PM No comments: 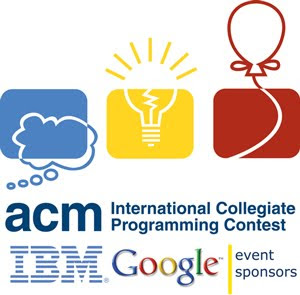 Hai everyone
acm is conducting a big programming competition every year.Name of the competition is ICPC (International Collegiate Programming Contest).To participate in that competition just if u know c,c++,java is more than enough and they first conduct online competition and this year they conducted online competition on sep 13,2009 and we our team "TechMonks" has selected for onsite competition on nov 1 in kerala Amrita University.
To know more
http://icpc.amrita.ac.in/updates/
Posted by Vinoth Kumar at 5:56 PM No comments:

New Way to Attack the Cloud

Researchers at the University of California, San Diego (UCSD) and the Massachusetts Institute of Technology (MIT) have found security holes in Amazon's EC2 cloud-computing service. The researchers were able to execute basic versions of side-channel attacks, in which a hacker looks at indirect information related to the computer to determine what is taking place on the machine. The researchers succeeded in pinpointing the physical servers used by programs running on the EC2 cloud, and then extracted small amounts of data from those programs. Previous research has demonstrated the vulnerability of side-channel attacks. In 2001, University of California, Berkeley researchers were able to extract password information from an encrypted SSH data stream by performing a statistical analysis of how keystrokes generated traffic on the network. By looking at the computer's memory cache, the UCSD and MIT researchers were able to obtain basic information about when other users on the same machine were using a keyboard to perform tasks such as accessing the computer using an SSH terminal. The researchers say that measuring the time between keystrokes enables them to determine what is being typed on the machine. To perform this attack, the researchers had to determine which EC2 machine was running the program they wanted to target, a difficult challenge as cloud computing is supposed to hide this information. However, by performing an analysis of DNS traffic and using a network-monitoring tool, the researchers developed a technique that could provide a 40 percent chance of placing their attack code on the same server as their target. Security experts say that side-channel techniques could lead to more serious problems for cloud computing.

To view more
Posted by Vinoth Kumar at 6:21 AM No comments:

Posted by Vinoth Kumar at 5:21 PM No comments:

The idea of this concept was to exploit the internet ability in a mobile device. Touch screen, built in camera, scanner, WiFi, google map (hopefully google earth), google search, image search? all in one device. See a building through it, it will give you the image search result right on the spot. 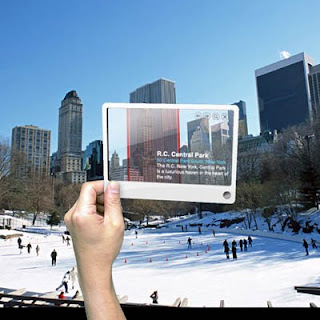 Choose a building and touch a floor and it tells you more details of the building. You can use it when you want to know a car model, an insect name, what kind of food is served at a restaurant and how much, who built a bridge, etc. With detail informations like that, this gadget might only be used by secret service agents. Very futuristic concept. Posted by Vinoth Kumar at 5:54 PM No comments: